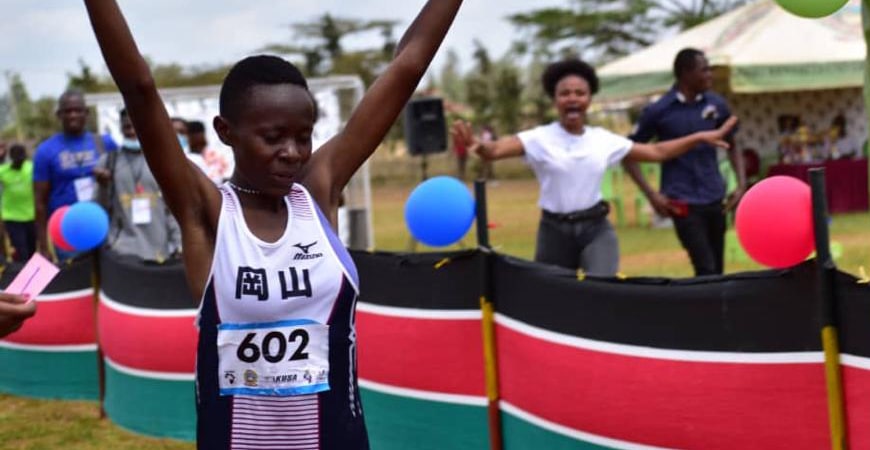 Kenyatta University’s Waza Diana with a time of 38:03.0 won the women’s cross-country race at 5th Africa Universities Cross Country Championship 2021 at the Jomo Kenyatta University of Agriculture in Nairobi Kenya.
University of Johannesburg’ Nicole Van Der Mew of South Africa crossed the lines in second place with a time of 40:15.0, Lagat Diana from Bomet University College of Kenya finished 3rd recording a time of 42:19.0. Tshwane University of Technology’s Beatrice Themane and University of Johannesburg’s Welma Nkuna finished 4th and 5th respectively to make up the women’s top five.
Winner and Gold medalist Waza Diana described her race as satisfactory” I feel happy, I am well the race was quite competitive but it is done and I thank God. On her preparation she said; we have been in camp training for weeks now and because our university has been taking online classes, it gave me more time to train”.
UJ’s Nicole Van Der Mew was happy to come in second despite what she described a tired legs “I gave it my all and I’m glad to come in second place. I tried to go in the beginning with the leader but it’s too hot and my legs are tired because leading up to the race, I had eight consecutive weeks of racing so I felt it. This is my last race of the season so I’m very happy with the 2nd place finish”.
University of Johannesburg’s Maxime Chaumeton finished in the time of 30:54.0 to win the men’s FASU Cross-Country Championship at the Jomo Kenyatta University of Agriculture in Nairobi Kenya.
Chaumeton who represented South Africa in the African Cross Country Championships in Algeria led the way from the start and to the finish. ChirChir Geoffry of Egerton University Njoro Kenya finished close 2nd in the time of 31:33.0 while Kenyatta University’s Ngeno Emannuel ran a time of 32:01.0 to finish in third place. Chege Derrick Njoroge from the Technical University of Kenya finished fourth and the last place in the top five position was taken by University of Johannesburg’s Thamsanqa Khonco.
UJ’s Chaumeton also excelled in the Under20 division at the SA Championships. Thus far, Chaumeton has competed in more than three African Championships over the years.
The FASU Secretary General Peninnah thanked universities who participated “On behalf of the leadership of the Federation of Africa University Sports (FASU), I wish to extend our sincere appreciation to your university for participating in the 5th Africa Universities Cross Country Championship 2021 at the Jomo Kenyatta University of Agriculture and Technology, located in Juja Kenya. In the same spirit, I take this opportunity to remind and invite your universities to participate in the 10th FASU Games Kenyatta University 2022 scheduled for 6th – 10th June 2022 in Nairobi, Kenya”. 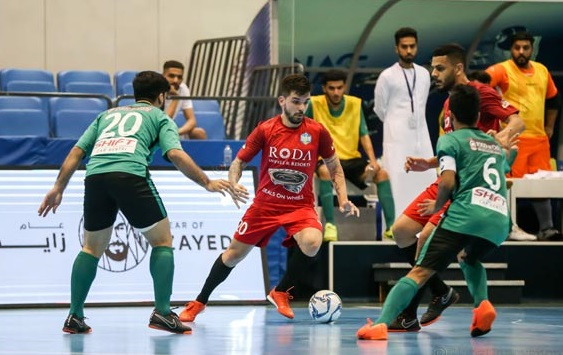